What is Solar Engineering 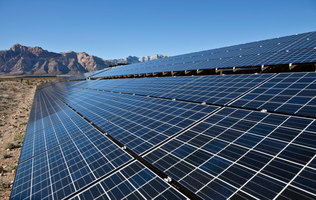 Solar Engineering deals with the design and development of  power plants, systems and products that operate on solar power. Solar energy is aimed at developing components and system to harness the massive amounts of energy transmitted from the sun to Earth. Solar Engineering covers all aspects of solar power, from the small-scale devices on your calculator to the large-scale energy generating power plants.

For example, small scale solar generators and panels are commonly being used today to obtain energy from the sun to provide hot water in homes. But Solar Engineers are also equally capable of designing and developing large scale energy generators such as solar collectors (pictured). There are also avenues for the application and integration of newly developed Solar Engineering systems and processes into existing plants and factories.

Solar Engineering is a field that is expanding and developing new technology that is finding its way into homes vehicles and much more in the coming years. Another area of interest to Solar Engineers is in the measurement, analysis and improvement of existing and new solar devices and generators.

In general, a Solar Engineer can choose to become a  specialist in one of two fields:

Solar Engineering is rapidly becoming known as a field with great research and development opportunities and many jobs are available in numerous industries such as power companies, the military, commercial companies and in fundamental and applied scientific research.