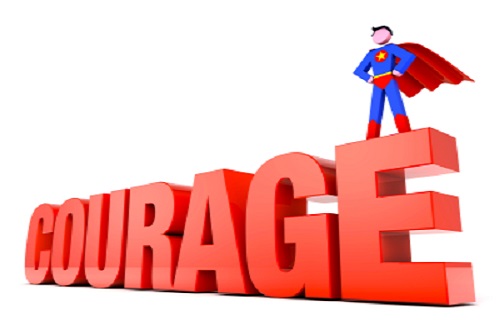 A group assignment! And I can’t choose who is in my group? Ohhh shit! I consistently experienced this fearful reaction whenever faced with a group work situation in class. For most university courses, group work with other students that you are forced to work with seems painfully difficult for many reasons.

Bringing a group of people who have never worked together to collaborate on an assignment or project is undoubtedly complex. It is natural for us engineers to order and simplify these situations when we come across them. Attempting to over simplify a complex group task is flying right into the danger zone. Working with others can not be approached the same way that technical work can. Your only option is to learn to become skilled at dealing with other people. Plus you can’t bring your friends along with you when you begin working as a professional, its necessary to be able to work with random people.

Unfortunately we were not all created with equal amounts of aptitude and you will find yourself having to put up with incompetent, lazy and arrogant people. My first years at university exposed my lack of people skills and made me panic at the thought of getting stuck with a bad group. By the time I graduated I felt more confident in handling many different combination of lazy group members, incompetent group leaders, aimless projects and stubborn lecturers. The method for learning to deal with difficult group members involves taking small actions over and over again, whilst constantly improving your knowledge of human behaviour (through reading etc.)

Before I get into the detailed problems & solutions that are common to college groups, it will help you to completely digest the following fact:

You are paying for your education and no one has the right to stop you from learning!

Knowing this is not enough to help you but it delivers the attitude needed to implement the four strategies provided in this article.

The two most common scenarios students face in group projects are:
1. You are the team member or leader and have one or more group members who aren’t contributing
2. You are in a group with a lazy leader

The following strategies can be applied in either of these two scenarios.

This one takes a little courage. You should be cautious when using this approach as it may cause confrontation. If the group member or leader is clearly slacking off or just not interesting in managing the group it may be best to call out their laziness or poor efforts directly. Before taking a direct approach first try and get a read on the type of character that this person possesses. I also suggest making the approach with other group members so it doesn’t appear that you have a personal vendetta.

As group leader of a lab experiment in a thermodynamics class, we were faced with one group member who come in to all meetings and classes with a reckless level of enthusiasm. He would crap on about his ideas and how we should tackle the project, yet he constantly took opportunities to leave early without actually doing the work. I decided it was time to confront him and ask for more effort and input. It took three days of constant fretting before I had the guts to talk to him. With sweaty palms and a stuttering delivery I managed to slur the following words out of my mouth. “We need more effort from you. We will fall in a heap of shit if you keep leaving us with such a huge workload!”. His response was completely refreshing.

He was shocked that we confronted him about his lack of dedication and actually pulled through to make a huge impact on the group. On this particular occasion it worked but there was another project where the group member who I spoke to felt offended by the groups judgement that he was lazy and he actually left the group. In both cases it worked out for the better.

Warning: I suggest not to use this strategy on someone that is shy and/or incapable of performing any better. It may destroy their self esteem and give you a ego and you will potentially lose respect from the rest of the group.

This is a strategy where you sneakily remove a student’s work from the group project when they were a non-contributor to the groups project. If you are not the leader of the group in this situation, you will need permission from the group leader. It is an effective strategy but also may be perceived as manipulative. In these cases manipulation is required. Sometimes we need to be when our best interests are threatened by others who are dragging us down. If a group member is not actively contributing and you have given them multiple (at least two) chances, it may be time to cut them off. I once left a student’s name off of a lab report submission after he sent me the most pathetic literature review and conclusion for the report. It was so lacking in effort that I didn’t bother asking him to re-write it. However, I didn’t tell him of my disappointment. Instead I pretended that I was satisfied with his contribution.

I then decided to write it myself and explained to the lecturer why I had left this students name off the report. It was now his responsibility to deal with the student and explain why he wouldn’t receive a grade for the report. This may appear to be a ‘weasel’ like tactic but its actually not at all. It takes courage to refuse poor work and hold the group to a high standard of performance. Credit shouldn’t be given to slackers.

Warning: Although this particular student accepted his failed mark, there are those who will feel cheated by your tactic may confront you. At this point you should tell them the truth and explain why they didn’t deserve to have their work considered. Don’t feel sorry for this type of person. They don’t feel sorry for the extra work you had to put it.

We are not suggesting you get physical with your group members here; it’s an approach you should use when the person you’re dealing with is not a confident, extroverted personality. While it is a more indirect approach, the heart of the move has the same intention as the direct move. This time you kindly offer to help a struggling team leader by taking on some of his tasks. You tell them that you can offer to reduce their workload as you are more suited to one of their particular tasks. This move will work if the student is a little shy or lacking in technical/organisational skills. Once he sees your competence and leadership ability, he should move aside and allow you to take take the group to the direction you wish. You can then assign this person to tasks they are capable of fulfilling. It’s a win-win scenario as the team will function better, the ego of the recipient is not damaged and your group members respect your social nous and ability to lead.

Despite the effectiveness of the strategies outlined above, there will be moments when a completely passive approach is needed. Sometimes it is best to allow the group to rot away and for you to work on some aspect of the project in isolation, to ensure you are still learning something through the project. I recall a moment in second year where the group was a complete mess with many competing egos and no teamwork. I tried to help the situation but was steamrolled by the more aggressive students in the group who were not interested in finishing the assignment but wanted to simply quarrel and disagree.

So I opted out and along with one other student, created some small parts of the research project and submitted them in isolation. Whilst I received part marks for my submission the overall group assignment was a fail. I remember being extremely disappointed at the time and unable to focus for a few classes as I was so frustrated at the situation. In retrospect I understand that sometimes group dynamics cannot be controlled and it is best to stay clear of the drama and focus on learning something personally.

Being able to execute one of these moves is all about the situations in which you apply them. Your context must be right or it will fail and you may not be trusted with important tasks in the group. While you are still learning to work in groups it is fine to experiment and see which approaches fit in with your personality.

Next time you are in a group, study the behaviours of each person to discover who is really leading, who is putting in their best effort and who is being carried by the group. When things go bad, pick a strategy, eat some spinach and hope for the best outcome.